I'm surprised he actually picked up on the reverse stasis first time watching but idk how some people missed the Zelda's lullaby theme at the end, I mean it's the theme you hear in most zelda games.

I can’t wait, I’ve been playing the 1st game for years, can’t wait for something new!

When I first saw this I was like what is this😱

What I really hope they do with this game is allow us to play it normal, “rebuilding” or just going around the world, but much like with calamity things start going wrong, land starts flying to become the islands in the sky, and they explore under Hyrule and cause the problem of whatever is down there (I think we’re saying ganondorf cause of the gerudo stuff?). THEN the last 3 quarters of the game we have to deal with those issues and calamity-level fighting as you’re exploiting, like constant danger for a lot of the being outdoors but buildings and such can be shelter. That would be cool

Hope we get to see new enemy types... BOTW only had like 2 primary ones xD

finally a genuine reaction from a genuine fan, not just people screaming their lungs out from start to finish at every litte thing

such an epic moment. chills and emotions everywhere man

But, but, i thought it was gonna be dark like Majoras mask. Didnt really like skyward sword. Better be dark too!!!

I'm so glad I played botw this year. Can't imagine how waiting for 4 years feel.

Am i the only one hoping they DON'T permanently defeat Ganon? To me Ganon IS the LoZ villain. (Though I know there's been others).

That was really a nice trailer i love it

I don't know but it seems to me that when the castle lifts up into the air it reminds me of when we sealed demise in skyward sword. Could we be meeting demise again ?

worried. I don't love breath of the wild. So we will see.

These videos are always my favorites ❤️

What if the slate merge to link? Can’t wait!

I never saw your face before this video so when I watched your reaction here with my friends, the first thing i blurted out without thinking was "omg he's cute??" and my friends died of laughter 😂

I auto disliked this this video because I dislike reaction videos, but I watched it because this is a awesome channel.

Link’s got some drip on his arm now. Zelda falls into a hole and where do we go? Up. Ok.

I always get a kick out of your reactions, haha!

My body is ready!

Anyone else heartbroken that it’s graphics look IDENTICAL to 2017???? 😭😭😭😭 I love the art style but man almost zero improvements at all. Pop in, lack of textures , sub 30 frames, 900p resolution. Ugh. Nintendo NEEDS to step it up with graphics and frame rate for Zelda!!! Remember the 2014 reveal ?????? No game Ever has looked more beautiful than that trailer!! The one where the guardian chases link across the bridge and DESTROYS that pilllar!! Remember? Where is that destruction???!!!! Not in the game at all. 😭😭😭😭😭

I hope this game is a traditional Zelda game with dungeons and weapons! Otherwise— eh.

This was just epic man, I think everyone was blown away by everything about this trailer

Link’s got some drip on his arm now. Zelda falls into a hole and where do we go? Up. Ok.

Did you for real get kind of emotional at the end there? ^^

I get serious studio gibli vibes. Ashitaka from princess mononke had the corrupted arm. Then obviously castle in the sky or howls moving castle. Idk looks awesome but I'm still worried. I don't love breath of the wild. So we will see.

Exactly how I felt when I watched it

Surely the name will be Hand of Time. It just makes sense

What if the slate merge to link? Can’t wait!

Always like your reaction vids. You were deep in thought at the end trying to take it in what you had seen. Nice one.

0:48 to 1:00 has some weird notes. I thought that it may be something in reverse, but even with some editing and going to the official trailer (for no other audio) I can't figure it out. It certainly sounds like it's intentionally reversed audio, as it sounds more normal when played back that way. Any ideas? it sounds almost... sheikah? but with malice. not yiga, but older, far more... sinister...

glad i'm not the only one who noticed that it played the first 3 notes of zelda's lullaby! also when i watched this trailer for the first time i legit thought i was going to pass out

everyone: we want to play as Zelda!! Nintendo: hehe we are going to make her fall into a bottomless pit now

Hopefully not Nintendo: Hehe, we're going to sneakily put spikes at the bottom of the pit.

This is so exciting!! I never imagined we were going back to the sky but I guess it makes sense having in mind the history. Also my heart was racing and my hands were shaking since the zelda segment appeared, so when the trailer came I cried in happiness hahaha I can wait but I'm so so excited😭💕

Yeah cool, a one minute trailer with nothing spectacular, just more of Botw

I hope this game is a traditional Zelda game with dungeons and weapons! Otherwise— eh.

i think they brought back bosses and temples because we see link fighting something 0:46 that doesnt have shiekah tech. also i think the thing on links arm was already there but the arm holding the calamity did something to fuse it to his arm 0:41. 0:47 theres a zonia flamethrower

There’s a bit of video in your whole camera

Did you for real get kind of emotional at the end there? ^^

Exactly how I felt when I watched it

I can’t stop seeing so many similarities between BotW and Princess Monokoke, the cult anime by Hayao Miyazaki. How epic and interesting a video depicting the similarities of both would be. :) including some additional information about Japanese myths and fairy tales would be superb. Prince Ashitaka and his coursed arm: https://images.app.goo.gl/xF3Mt4XuBRvFpnpz9 Being coursed by the malice of a giant god like pig demon...

"Zelda actually falls this time" Maybe she falls and dies when this happens, but then Link goes back in time and saves her like in the first trailer

The noises and reactions I made while watching the trailer were hilarious lol. Like omg, I am STILL so hyped and excited. Giddy and bursting with energy from this serotonin high. Also nice catch with the lullaby at the end I completely missed it!

I love your reaction videos!!! Your excitement is infectious. Thank you for posting these.

At this point it genuinely just looks like a large dlc update for BotW. They really didn’t show us much at all.

Why do I feel like BOTW2 is a mixture to all skyward sword,twilight princess, wind waker(because of that one eyed blue monster), Majoras mask, and OOT

I'm already finding Breath2 way more interesting than anything the 1st game. But the Skydiving part almost made me fall off my chair. What a reference but this time actually tangible! If they give Us Loftwings and dungeons, this is going to sit right beside Ocarina. Please don't let Us down Nintendo

it happned my dood

I love how all these reaction videos I’ve watched people shed some happy tears just like me. This series brings so much joy 😭

Maybe the zonai escaped to the sky ?

I think Link’s arm belongs to the ancient hero and at specific points he’s allowed to have a flashback or take control of the hero from the past to alter events or so in the future.

I cried when I saw this trailer

I just started fist pumping and shouting yes during the trailer. It still doesn't feel quite real.

What is going on with Link's right arm? Looks like a bionic/guardian material arm.

Yeap, I actually cry at the end of the trailer and I don´t f*%¡ng care!

how do ou only have 2 likes

This teaser gives me goosebumps every time I watch it

I almost cried watching it from too much excitement 🥲🥲

I already know this game is gonna be lit. Neigh! FIRE!

Zeltik's hair is so fluffy

I feel like they mix skyward sword and ocarina of time.

You have the greatest reactions! I think it’s so wholesome lol. I’m glad we are all excited!!! I cried!!!

Oh good damn your very handsome also am I the only one a little bummed about the 2022 release... No 🆗

What is up with the new bokoblin horns tho XD

In the final scene showing link on the sky island, there is no shrine on the ground of hyrule

Am I the only one who noticed that boko and Moblin horns swapped?

The floating Hyrule castle is giving me ocarina of time vibes. I feel like they threw mechanics from the most iconic Zelda games into this one instead of coming up with something new I can’t freaking wait till it release!!!

Can we please talk about the views of the castle we'll see at differents times of the day while gliding, fighting or just running across Hyrule? 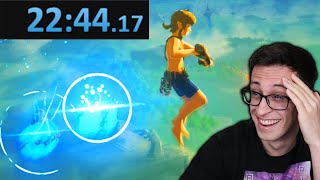 Speedrunner reacts to the fastest speedrun of Breath of the Wild 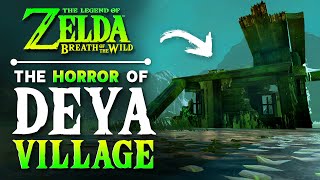 The HORRIFYING Fate of Deya Village in Breath of The Wild [ft. @MaskedNintendoBandit] 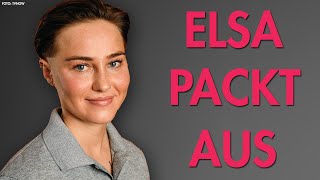 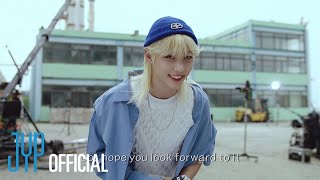 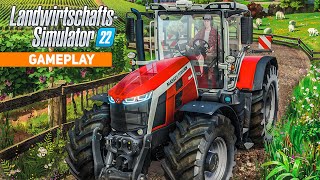 Which Link is strongest? (Ranking the Links from Legend of Zelda)

The Simplest Math Problem No One Can Solve

The Mystery of Breath of the Wild's Forgotten Temple - Zelda Theory

Malice Corruption - A Breath of the Wild 2 Theory

Minecraft, But Mobs Try And Kidnap My Friends...